I once knew a man who ended up being a murderer. He took a hammer to his sickly, elderly mother’s head because she refused to give him money. After he killed her he went to the nearest bar, ordered a drink, and confessed.

This was not one of those, “He was such a nice, quiet neighbor” situations. He was a creep by all measures, but no one in my hometown suspected a murderous heart beat within him.

Clyde, Ohio, was then, and is still, a farming and manufacturing community. When my first car needed an oil change, my father suggested that — rather than drive to the dealership in the next town — I should take it two blocks over to the local garage, the one on the backside of the courthouse. He explained how small towns work: everybody shops at the local grocery, gets their hair cut at the place on the corner, picks up prescriptions at the Rexall Drug on Main Street.

So when my clothes needed dry cleaning, I went to Joe’s Cleaners. Joe Maltese was a short, red-haired Sicilian (a Gambino, on his mother’s side) who, when I was younger, drove a sports car, showed off expensive pointy-toed boots, and made the hair on the back of my father’s neck stand up. Joe was married to his high school sweetheart Gloria; both were classmates of my mother.

Gloria was as mousy as Joe was a braggart. In the 1970s she was past fifty yet she wore her hair in the same style from her high school years (think: June Allison in “White Christmas”) – smooth, pale brown hair rolled under just past her shoulders.

Joe and Gloria had two sons, Mike and younger Steve, a year ahead of me in school. The Malteses lived in a relatively new house, and the two sons got everything they wanted. The boys, especially Steve (who knew he fell farther into the range girls called “cute” than his older brother Mike did), lived lives that teetered on the knife-thin edge between enticing and dangerous. We were fascinated and repelled by them, sort of like ogling a car wreck. 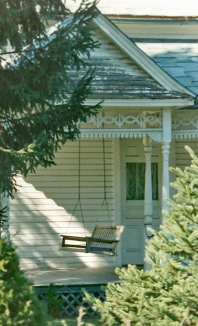 I remember one occasion, probably among a few, when the Maltese family visited our house. The adults sat in the small kitchen, drinking coffee, discussing local politics (Joe no doubt having the last word) while we kids surrounded a table in the living room, playing Monopoly. The Maltese boys cheated. We were appalled and politely tried to give them an out, a way to recover their error without embarrassment, but they snickered and pressed on, sure they had the upper hand.

Eventually, I left that small town for college and other places, returning years later during one particulary tricky life transition. I took a pleated silk skirt to Joe’s Cleaners where Steve managed to press out all the pleats, only claim there was no fixing it. Who was I to argue? Then he asked me out. “I’ve always liked smart women,” he said. He’d outgrown cute and was, at this point in his thirties, a skinny, slimy creep who’d been accused of making advances on minors, plying them with alcohol and pot. And I was smart enough to turn him down without upsetting him, take my skirt to a cleaner who knew how to properly take care of it, and put the incident out of my mind…

..until years later when my mother called to tell me Steve had murdered Gloria. Joe had died less than a year before, older son Mike had taken on the bulk of the business, and Steve glided from family handout to jail time and back.

Somewhere along the way, all those years of giving flipped on Joe and Gloria. Steve, especially, felt entitled. Eventually, on that fateful day, Gloria either had enough of his taking or didn’t have enough to give, and that sent Steve over the cliff, hammer in hand.

He pleaded guilty to murder, got fifteen to life and was denied parole in 2014. He’s not eligible again until 2021, when he’ll be 65 years old. Until then – to the end of his days, I hope – he’ll sit behind bars where, ironically, he’ll continue to live off others’ hard-earned money.

Thank you, MMO, for letting me share my story about knowing a murderer. Have you ever known a murderer? Maybe a kidnapper? I’d love to hear the story! 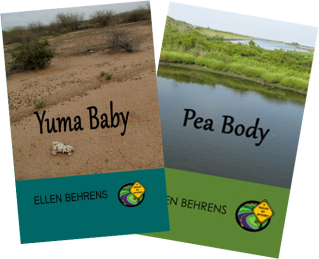 Yuma Baby, Ellen Behrens’ second Rollin RV Mystery, is now available in print and ebook formats. She’s been writing fiction since she could hold a fat pencil in her six year-old fingers, and is the author of three novels, a short story collection, and a nonfiction book. She learned as much about writing by being a fiction editor for a literary magazine as she has from writing itself, and is the recipient of an Ohio Arts Council Fellowship. She blogs about writing at ellenbooks.com and about her travels with her husband as a full-time RVer at http://bobandellen.wordpress.com. And she loves getting email at ellenbehr[at]aol[dot]com.

Details about her books and information on ordering can be found at http://www.ellenbooks.com or http://bobandellen.wordpress.com

13 thoughts on “The Murderer I Knew, by Ellen Behrens”

................... for lovers of ice cream. Your free on line magazine for sweet frozen treats. Recipes, inspiration, artisanal ideas for your delectation.

Reviews and musings about books and those who love them, write them and promote them

I write, therefore I am!

Inside the mind of a crime writer

On A Quest For Great Reads